Considered as the Father of Punjabi Satellite Television, Narayan was the leader of the team that launched first-ever Punjabi satellite channel, Punjabi World in 1998. He is credited with the unique achievement of putting Gurbani on the World’s television map as the team led by him started beaming Gurbani Kirtan from Sri Darbar Sahib, Amritsar, in 1998. He had earlier contributed his might to the cause of Punjabi theatre where he worked as an actor, director, designer since 1983 with leading theatre workers of that time. He was also the General Secretary with Collegiate Drama Society which has staged over 2000 Shows during the past three decades. His biggest achievement was the creation of the first-ever Punjabi sound-n-light multi-media stage show, Aazaadi De Taraaney, to commemorate the Golden Jubilee of Indian Independence. Narayan has also been a respected journalist. He was Acting Editor with The Weekly SUN in the early 90s and before that he was Culture Editor with Sunday Mail. He was also a respected music and film critic during his stint as a journalist and wrote columns in various publications. Narayan branched onto television in late 90s and founded ETC PUNJABI besides being the Business Head of ZEE PUNJABI & ALPHA ETC PUNJABI.

A creative man at heart, Narayan specializes in conceptualising high interest television content and proudly heads the World’s Number One Punjabi television network which produces more than 80% of the original Punjabi language non-film, non-songs software in the world. In 2019, Narayan achieved the distinction of becoming the head of the team which started the first ever LIVE 360 degree Virtual Reality telecast everyday from a fixed place – the Golden Temple.

Under him, PTC Network is the world’s only organisation which produces one original Feature Film every week. He also has the distinction of launching the world’s first 24×7 streaming TV channel on Facebook – PTC DHOL TV. Essentially a team man, Narayan continues to serve the cause of Punjab, Punjabi and Punjabiyat through Punjabi Channels. Narayan is the Founder, Managing Director & President of G Next Media Pvt. Ltd (PTC Network) since 2007 and now operates 7 Television channels, 97 Facebook pages, an Audio label (PTC Records), a film production company (PTC MOTION PICTURES) and a Virtual Reality portal. In short, Narayan has been a pioneer in Punjabi media and a well respected media expert with operations in India, Canada, USA, UK, and UAE. 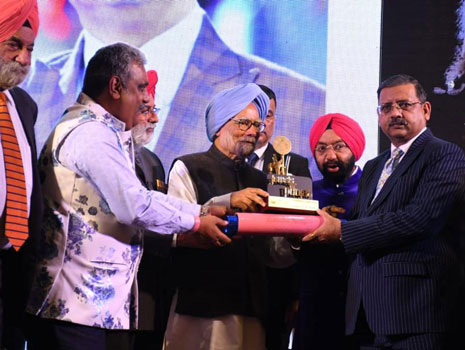 Jewel of Punjab award being given by Ex-PM India, Dr Manmohan Singh

A creative man at heart, Narayan specializes in conceptualising high interest television content and proudly heads the World’s Number One Punjabi television network which produces more than 80% of the original Punjabi language non-film, non-songs software in the world. 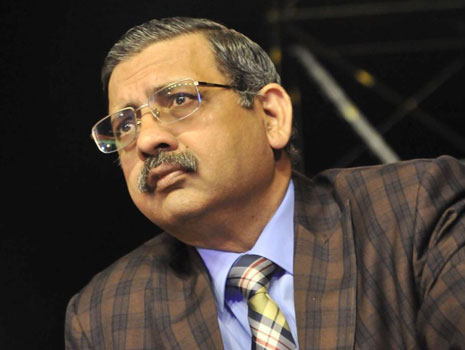 The Secret Behind Success- Persistence (TEDx)