[ms_row] [ms_column style=”2/3″ align=”left” class=”” id=””]July 3: PTC Network actually created history by converting a regular awards show into a virtual one and beating all odds to put up a fantastic gala roller coaster ride of a ceremony held on virtual stage with hosts joining in from different cities and audience watching with open mouth, wondering how was all this becoming possible. Divya Dutta was speaking from Mumbai to Gurpreet Ghuggi in Mohali while appearing to be standing right next to him. The director was telling them what to do from Delhi. Tne audience was just seeing a non-stop fun extravaganza. 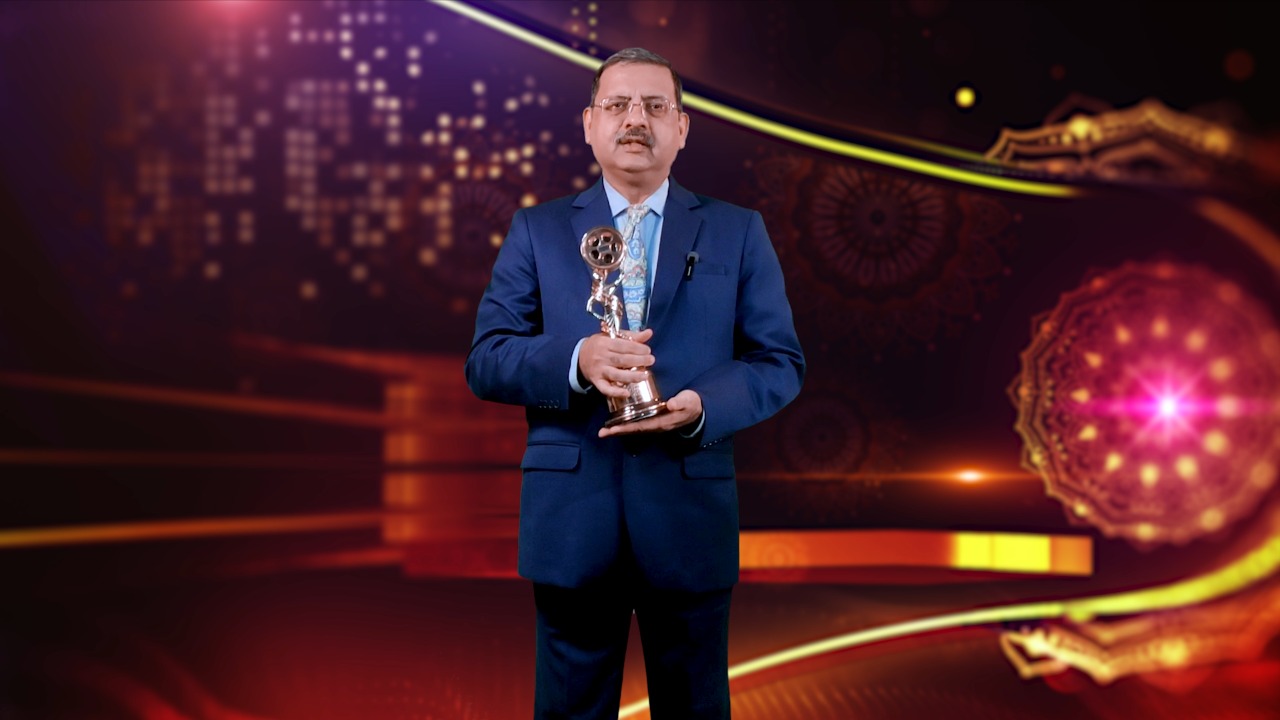 #While the world is battling the coronavirus pandemic and there is no way for people to resume their normal lifestyle, PTC Network’s creative team gave wings to a new digital era by using the top – notch technology and bring the world’s first-ever online award show to our audience in these tough times. We simply had to honour the great film makers and creators of the Punjabi cinema and applied mind on how to go about it,” says Rabindra Narayan, Managing Director & President PTC Network. 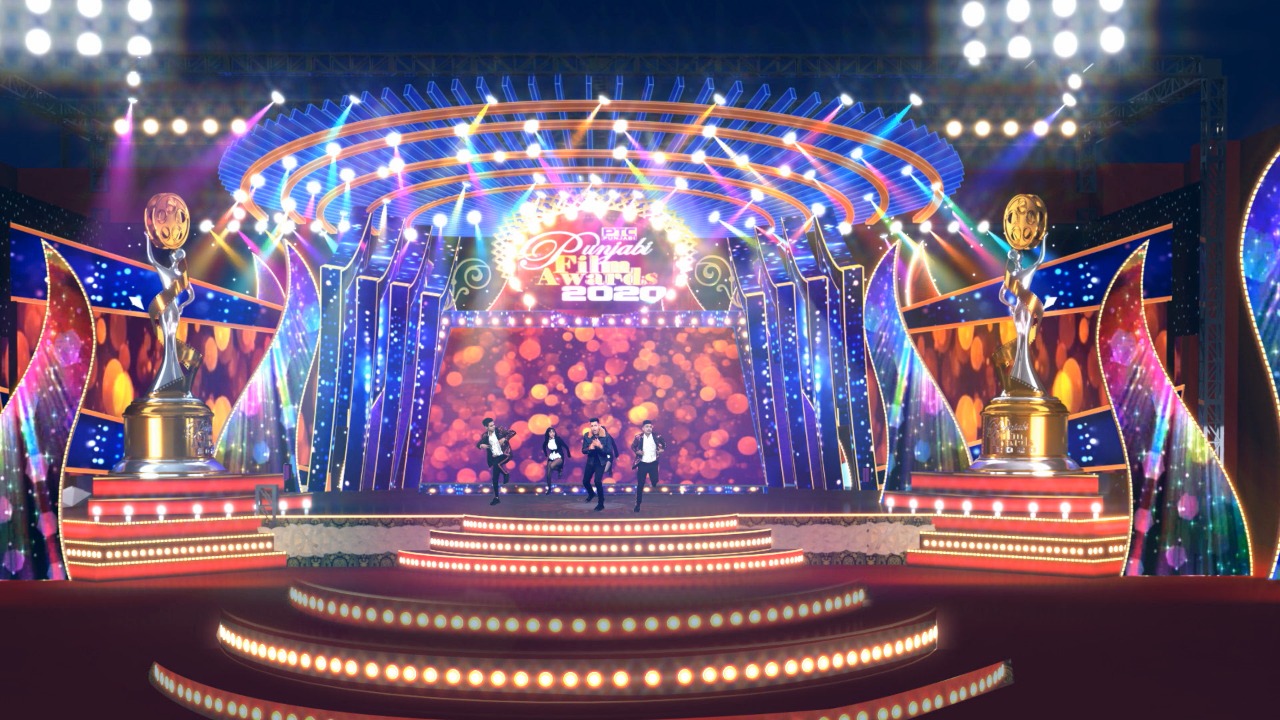 The whole award ceremony was held on a virtual set bringing everyone on single screen including hosts, performers, presenters and the winners directly from their home. The ceremony got a glittering start with astounding performances byMeet Bros with Khshboo Grewal from Mumbai. Punjabi stars like Gippy Grewal and  Sunanda Sharma added sparkle to the glitter in between the awards. While Sudesh Lehri made the audience laugh with his comic timings, the show also sawyoung stars Gurnam Bhullar, Ninja and Harish Verma joining in as co-hosts.

PTC Network’s Managing Director and President Rabindra Narayan said “It took weeks of designing the set, plotting every move, creating virtual stage lights, moving heads, pyros and other SFX as well as the virtual LED wall where every single inch of space was meticulously plotted. Every look and gesture of the artistes waswell coordinated. More than technology, it was the mind and innovative ideas deployed to create the experience which mattered.” 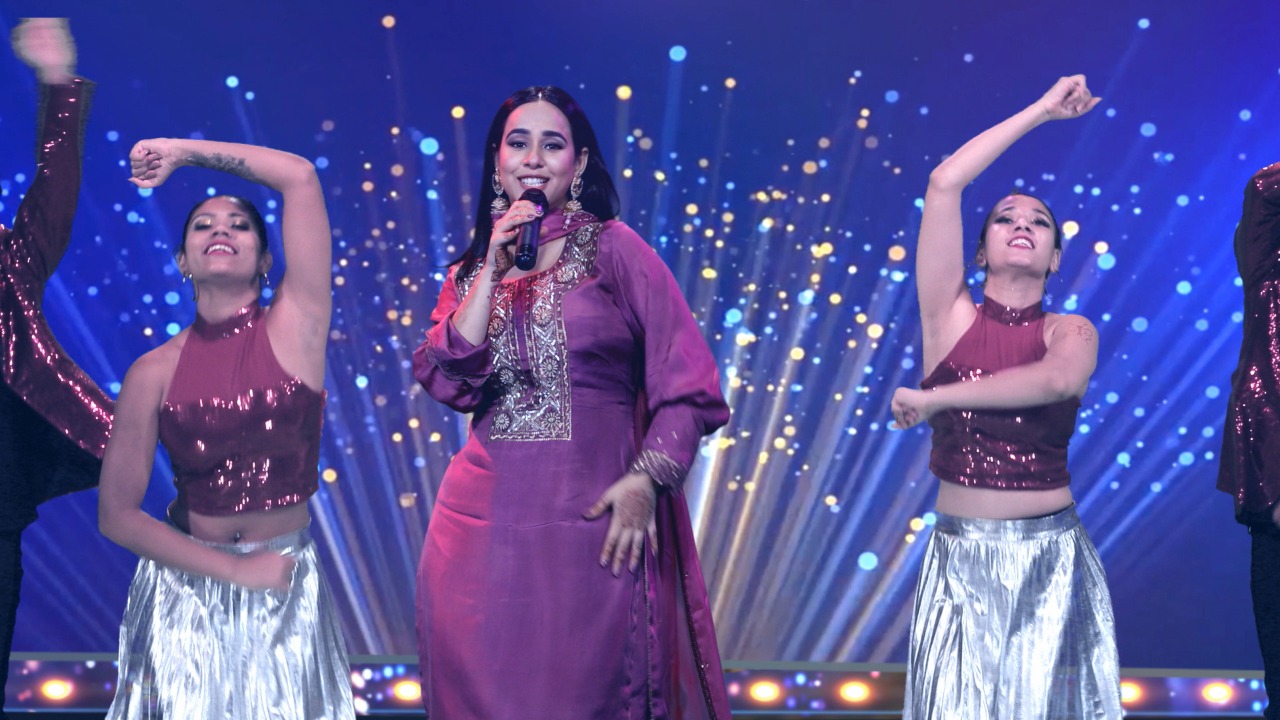 And the proud winners were celebrated with great applause. The big winners included Diljit Dosanjh and Gurpreet Ghuggiwho shared the Best Actor award, Sonam Bajwawon Best Actress award while Ardaas Karaan won the Best Film. The Best Director award was won by Gippy Grewal for Ardaas Karaan. The winners of total 30 different categories were announced in the ceremony. 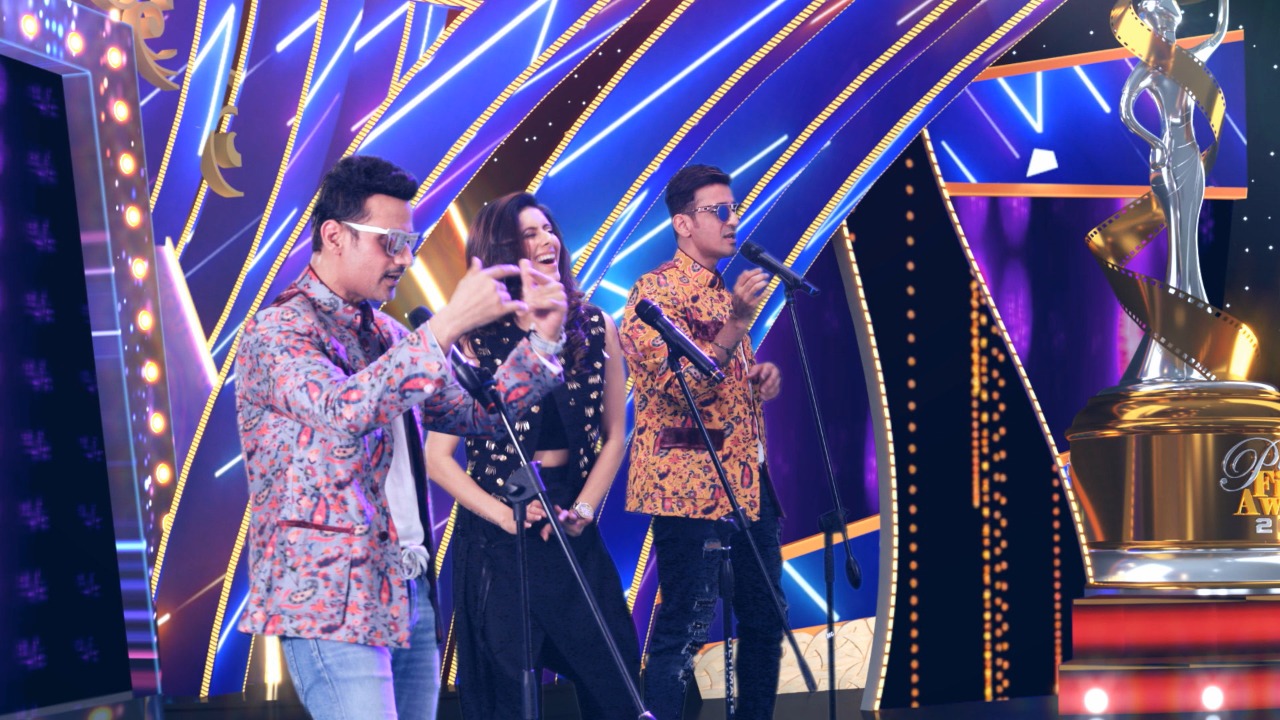 The award night ended on a positive note with the audience enjoying the show on the TV sets and the PTC Punjabi facebook page. The unique initiative was successfully brought to its final point as the audience was overwhelmed with the performances and how the team used the latest technology to bring entertainment to their homes.